Creating an entire sixty-second commercial from scratch is no easy task, and advertising is a harsh and cruel mistress. I learned this lesson while writing, directing, and editing a commercial for Headdies. The holiday-themed ad, entitled I ♥ Christmas Trees, was indeed a labor of love and represents a new benchmark in my own creative and personal development.

The ad features Kris Kringle enjoying Headdies premium rolling papers after a long night spent delivering toys. To prepare for the shoot I screened many classic holiday films, including Miracle on 34th Street, It’s A Wonderful Life, and Santa Claus Conquerors the Martians.

A strong script is a blueprint for any successful commercial, so I sat down preparing to write from the heart, or anywhere else the words came. I meticulously storyboarded out each shot, ensuring my vision would make it to the screen unmolested.

After pouring over thousands of headshots, I choose a young man named Bruce Bicknell to portray Santa Claus. A twenty-three-year-old male model with acting aspirations, Bruce is best known for his photo shoots with Gucci, Tommy Hilfiger, and Andrew Christian underwear. To prepare Bruce for the role, I placed the model on a strict diet – transforming his washboard abs into Santa Claus’ more rotund and jolly figure. I also insisted Bruce grow a full beard, and he underwent hours of physical and emotional torture to shock his system and turn his jet-black hair lily white. 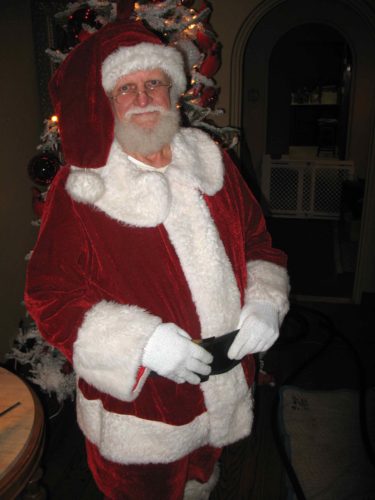 Forgoing studios or indoor sets, which I feared would lend an air of artificiality to the ad, the decision was made to shoot I ♥ Christmas Trees on location. We were there in the North Pole, there were too many of us, we had access to too much money, too much equipment, and little by little we went insane.

To lend realism to the commercial, I decided to use real elves instead of animatronic puppets. Our set dresser informed me that elves do not actually exist, and would thus be unavailable. I was quite displeased and spent the rest of the day sobbing in my trailer.

I admit to being a harsh taskmaster on set. I would only communicate to my crew through a language of my own devising, consisting solely of the word “Now” spoken repeatedly and in several different inflections.

The budget of the commercial ballooned to three million dollars, mainly due to the pyrotechnics needed for the pulse-pounding climax when the put-upon elves unionize and bomb Santa’s workshop. I was quite pleased with how the pro-labor subtext came through in the raw footage. 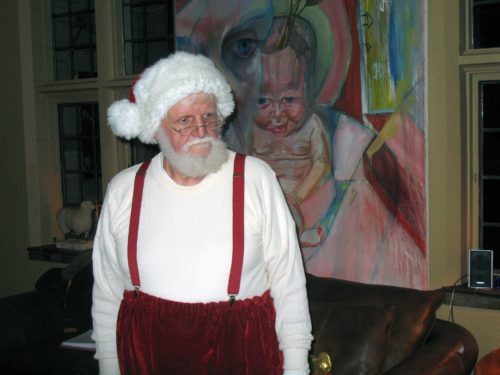 Filming in the North Pole wrapped on the seventeenth day of production. I don’t how many members of my crew made it off that frozen tundra alive; I can’t be bothered with such trivialities. Needless to say, their lives were not given in vain; true art demands many sacrifices.

I spent the next three months editing over a million feet of developed film, working around the clock to make a Christmas release date. During this time I locked myself in the editing bay and refused to leave. I missed out on many things, including numerous family gatherings, the birth of my first child, and the feeling of warm sunlight on my face.

During the editing process, I suffered several nervous breakdowns. Each time I pulled myself back together again until I became something stronger than just a mere human being.

My first cut of the commercial was over four hours long. To bring the running time down to sixty seconds I was forced to excise many of my favorite scenes. I cut out two musical numbers and an elaborate underwater sequence I received a SCUBA certification to film. I most regret cutting out a lengthy subplot that dealt with Santa Claus’ upbringing in 1930s Havana. These flashbacks were quite heartfelt and contained many semi-autobiographical allusions to my own childhood. 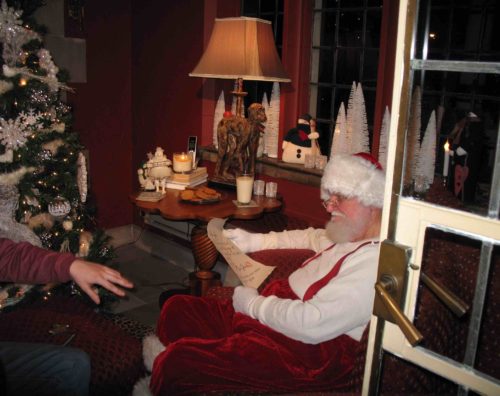 My next cut of the commercial was inspired by the works of Truffaut and Godard and done in the style of a French La Nouvelle Vague film. The ad featured many jump cuts and non-linear editing techniques. A test screening audience in Pasadena found my work to be “incomprehensible” and set fire to the theater exhibiting the commercial. I was also put on trial for violating California state obscenity laws.

After simmering in my own creative juices, I decided to regroup and edit another version of the commercial. In my case, the third time indeed was a charm. The video embedded below represents the most complete version of I ♥ Christmas Trees to ever see wide release.